VeritaTrust is a new blockchain project that will be building on-chain incentives for reviews. HUMAN protocol foundation awarded Veritatrust a grant to help them build out their platform and make sure it’s successful.

The “human protocol grants” is a grant awarded by the HUMAN Protocol Foundation to VeritaTrust to build on-chain rewards for reviews. 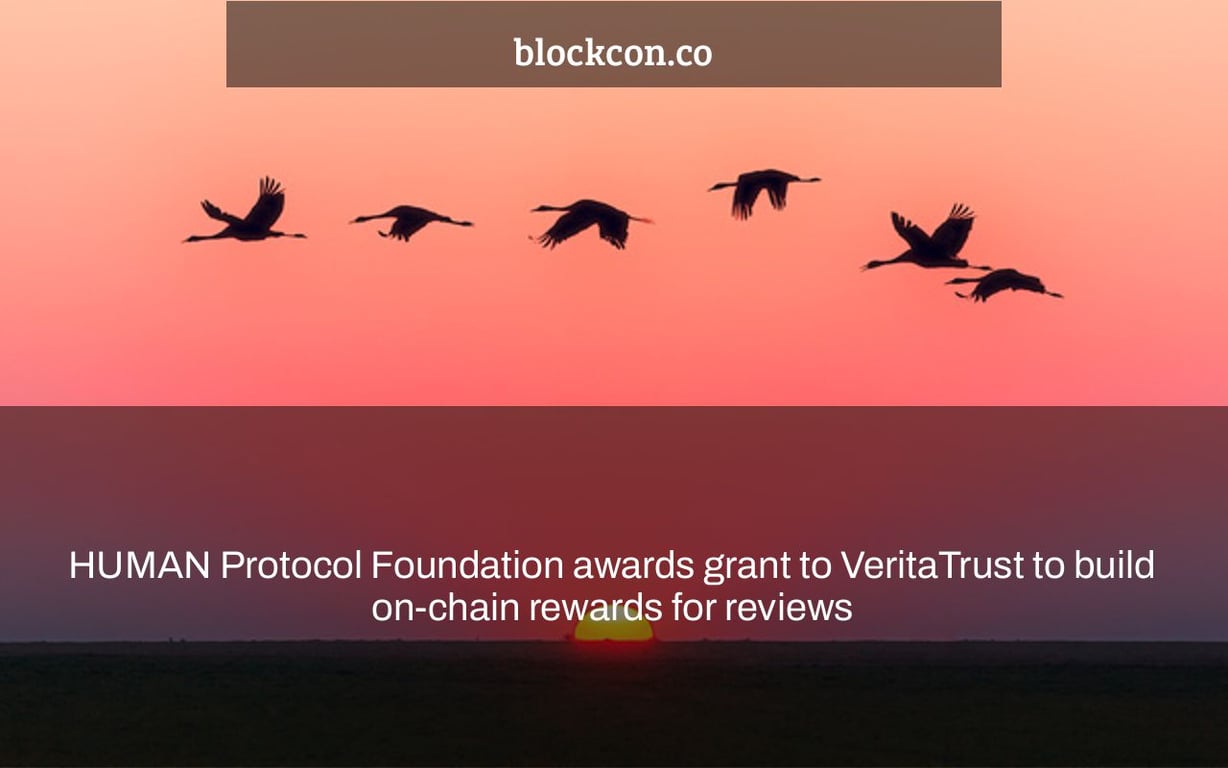 HUMAN Protocol has announced that VeritaTrust has been given a grant to enable on-chain reviews.

Following the launch of HUMAN Protocol’s $10 million grant fund, this collaboration with VeritaTrust is their first grant issued since the program’s start.

VeritaTrust wants to reward reviewers with bitcoin in exchange for their product and service ratings, and utilize blockchain technology to monitor the reviews and reviewers’ reputations. The VeritaTrust project is planned to increase HUMAN Protocol’s on-chain activity and provide additional functionality to the Protocol’s native token, HMT, which will be used to reward reviewers.

“It’s a really suitable cooperation,” Andreas Schemm, who oversees the HUMAN Protocol awards program, said. “We’re excited to be partnering with the VeritaTrust team to help support their efforts to develop e-commerce solutions by using our blockchain technology and incentive systems.”

“HUMAN Protocol share our concept of rewarding participation,” remarked Brahim Ben Helal, creator of VeritaTrust and former Director of Strategic Development at Trustpilot. So far, they’ve been successful in bringing hCaptcha onto the blockchain, allowing individuals to earn money for their ‘clicks.’ Their way of reviewing and paying out micro-work on-chain is a fantastic fit for our purposes; because to the power of smart contracts, we can pay out reviewers instantly on-chain.”

The HUMAN Protocol is a universal approach for managing remote workforces. It began by integrating hCaptcha – the bot blocker – onto the blockchain in order to compensate individual employees for the important machine learning work they were doing by answering CAPTCHAs. This, on the other hand, has evolved into a broader solution for tokenizing any contribution and, as a result, the capacity to orchestrate the administration of that labor, its appraisal, and the award of micropayments to a large number of people.

In this way, reviews are simply another kind of effort, or value creation, that can be paid via blockchain technology. In a blog post regarding the possibility of initiatives like VeritaTrust made possible by blockchain technology, HUMAN predicted the usefulness of such a project.

VeritaTrust assists e-commerce companies in improving their customers’ online buying experiences. With 9 out of 10 individuals reading reviews before making an online purchase, merchant and product reviews have never been more valuable. They seek to minimize cart abandonment and increase conversion rates and loyalty by giving reliable evaluations on the blockchain.

The “terraform labs news” is a company that was awarded a grant by the HUMAN Protocol Foundation to build on-chain rewards for reviews. The company will use the grant to develop and implement their blockchain.