In a move that surprised many of the gaming world, Japanese video game giant Konami announced its entrance into blockchain-powered games with Crypton Future Media. The company’s first foray includes music and merchandise rights.

Konami has become the latest video game maker to enter the NFT space. This is a step in the right direction for Konami as they are entering a market that is growing and becoming more popular. 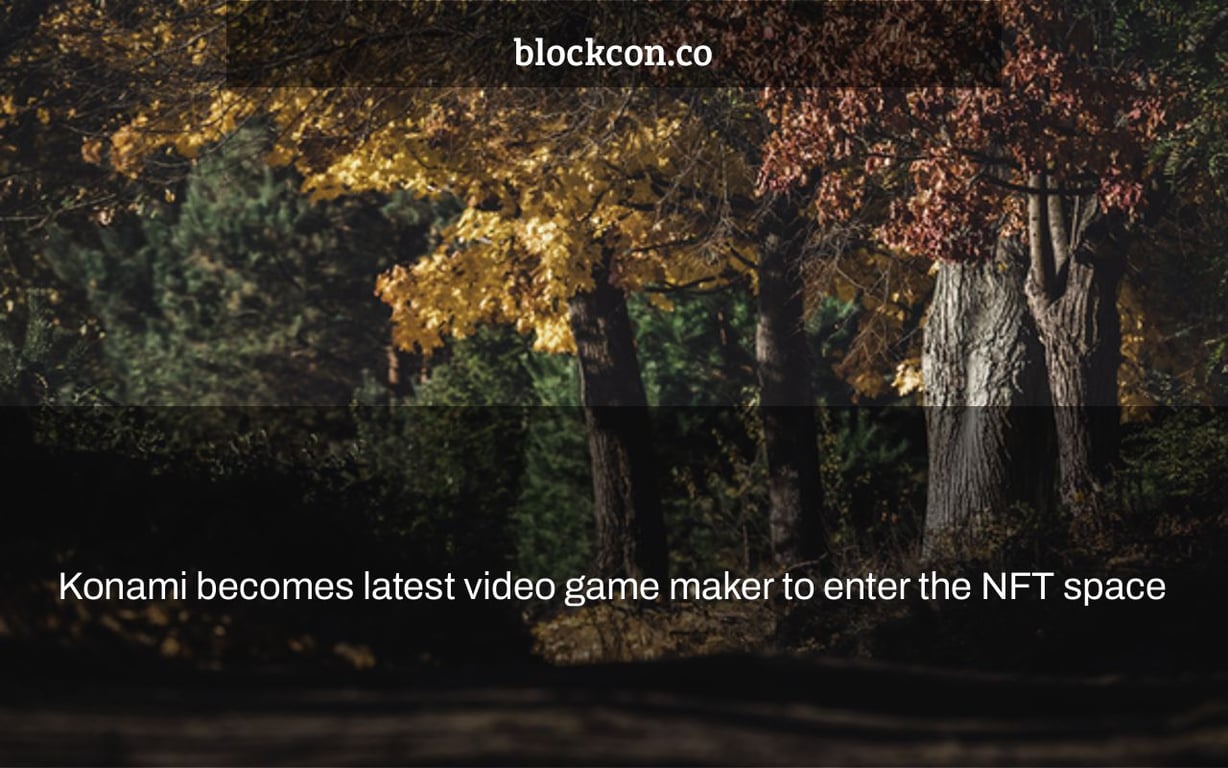 Non-fungible tokens are becoming more popular among game development businesses. Konami, a video game developer and publisher headquartered in Japan, made news at the end of last week when it announced it would be auctioning off NFTs based on the Castlevania franchise.

Elsewhere, According to the Wall Street Journal, GameStop will soon develop an NFT business as part of its push into the emerging blockchain market. The statement looked to have sparked a wave of upward momentum in the market. Some, however, disputed the WSJ article, claiming that other reasons, not the WSJ news, were to blame for the subsequent increase in GameStop market pricing.

Last Thursday, Konami caved to the NFT mania by announcing its entrance into the area with the release of NFTs based on the classic Castlevania series. Users will be able to acquire a single copy of each of the 14 NFTs via an auction.

The memorial NFTs may be seen on Konami’s website.

The auction will take place on Wednesday, and it will only last four hours. On OpenSea, a number of people have already made bids on the collectibles. The compilation, according to Konami, will include moments from the series’ games for the Nintendo Entertainment System (NES) and its Japanese counterpart, the Famicom.

The NFTs will be strictly commemorative (Castlevania’s 35th anniversary) and will have no gameplay value. As a result, Konami said that it cannot guarantee an increase in the value of NFTs. Gaming firms that have entered the field, such as Ubisoft, have established initiatives that provide NFTs that may be used in current games. Square Enix, GameStop, and Electronic Arts are among the major game makers that have taken a ‘positive’ attitude on NFTs in games.

LinksDAO recently had an NFT sale, with over 9000 NFTs from its first collection being acquired. The funds from the sale will be used to purchase a real golf course. However, project leader Mike Ludas said that additional funds will be required to realize the community’s desire.

LinksDAO has made its two NFTs, the Global Membership and the Leisure Membership, available for purchase. In only a few hours, 9,090 pieces were sold out, generating $10.5 million. These NFTs, according to the decentralized autonomous organization, will provide holders unique rights. These include membership privileges to LinksDAO’s first real-world golf club and access to member-only Discord channels.

The worldwide community intends to build a new golf and leisure club using the expanding DAO ecosystem. The club will combine Gary Vaynerchuk’s Flyfish Club model, which needs an NFT purchase to join, with ConstitutionDAO’s concept of collaborative work and money to achieve a common goal. Ludas noted that by following this strategy, the organization was able to integrate the best of both cultures in order to create something unique and enormous.

With Asia, new generation tycoons are dabbling in NFTs.

Kiat Lim, the son of stockbroker Peter Lim, has developed a private digital community based on blockchain technology. Elroy Cheo, who comes from a family linked with the edible oils corporation Mewah International, joined up with the younger Lim. The new platform, ARC Community, would serve as a hub for entrepreneurs and provide a one-of-a-kind way for innovators to join the NFT.

Cheo added that the community would back the drive for user-to-user collaboration so that NFT members may benefit from the common value underlying it. Web3 developers, social influencers, venture investors, and Asian entrepreneurs would be among the community’s privileged members.

Users that have the ARC app will be favored in the next ARC Access NFT release, according to the announcement. They’d be able to post questions on the wall for the rest of the community to respond to. All discussions would have to take place inside the ARC community’s boundaries.

The stock of GameStop has risen as a result of the NFT reports.

According to the Wall Street Journal, GameStop is building an NFT subsidiary as part of a turnaround strategy. The video game company’s stock price increased by more than 25% on Thursday as a result of this news. According to reports, the corporation has employed around 20 employees to work in the division.

Some people claimed that the market’s price movement was unrelated to the Wall Street Journal’s revelation. They said that the WSJ did not specifically cite any sources, raising doubts about whether the WSJ was the cause or merely a front for anything else going on behind the scenes.

Over the previous year, GameStop seems to have been expanding its NFT offering. According to many sources, the company was hiring Web3 developers, product marketers, and software engineers with a background in NFTs.

In January, Polygon NFT sales on OpenSea are expected to surpass December’s peak.

Although OpenSea has not yet surpassed August’s all-time high of $3.4 billion in revenue, estimates suggest that tremendous growth is on the way, particularly in the Polygon network. As of this writing, 685,044 OpenSea Polygon Monthly NFTs have been sold.

Polygon, an Ethereum layer two scaling solution, clogged between Tuesday and Friday, according to different reporting. The rising number of gamers piling up on the ecosystem, according to market observers, is to blame for the congestion. Last week, Polygon had a large inflow of users from the game Sunflower Farmers, causing substantial network congestion.

The “nft backlash gaming” is an article about Konami becoming the latest video game maker to enter the NFT space. In this article, it talks about how the market for digital collectibles has been growing and that this trend could be a problem for games like Yu-Gi-Oh!.